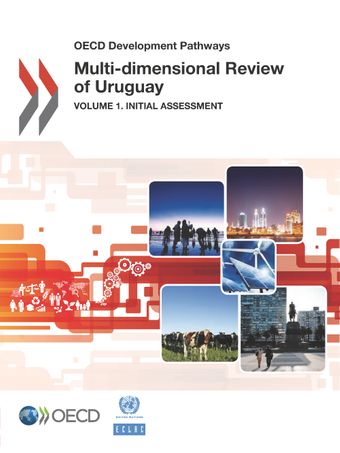 Uruguay has made remarkable progress over the past decade. Stable macroeconomic policies and a favourable external environment have permitted brisk growth and the financing of social policies. Substantial improvements in several dimensions of human well-being have occurred during this period, alongside considerable reductions in external risks. The conditions ahead, however, may present challenges to maintaining performance. Overcoming these challenges will require finding the appropriate balance between long run objectives and macroeconomic and fiscal stability.One of the main obstacles to economic growth is the insufficient and inadequate provision of human capital and skills. A number of challenges remain for education, which, together with fiscal policy, are key means of reducing inequalities and sustaining economic growth. In addition, Uruguay needs to address labour shortages to avoid constraints on future growth, especially as exports become more skills-intensive. It is important to orient social policies and expenditures towards the most vulnerable groups.