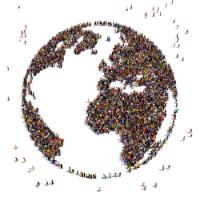 201 million people are unemployed globally, 45 million in the OECD.


Long term unemployment has increased, and youth unemployment remains unacceptably high, with one out of two young people unemployed in some countries. People are losing hope, and are opting out of the labour force altogether, ceasing to look for work.


Unemployment increases the risk of poverty, ill health, and is increasing the levels of inequality within our societies. The gap between rich and poor is at its highest level in 30 years.


This legacy of the crisis is undermining the confidence and trust of citizens in everything from governments to markets, businesses and institutions at large.

When people do get jobs, they are often offered short term contracts, lacking long-term career prospects, or training and development opportunities. The Forum will discuss how to promote access to more and better quality jobs, but also how governments, universities, business and civil society can address growing inequality by expanding access to education.

The update of the OECD Innovation Strategy highlights how crucial education and on the job training is to generate new ideas and business models, which are the basis of innovation, creativity and job creation. Innovation helps to generate entrepreneurship within companies and society at large.

The Forum will explore how the curricula of business schools and universities have changed due to the lessons learned from the crisis, and which key skills give people more control of their futures since predictions suggest that average working lives will involve around 24 different jobs or projects, instead of the seven or eight career changes common at the moment.

What skills will be needed to make people more resilient and entrepreneurial? And how to promote the exchange of knowledge between people, universities and business that leads both to innovation, and more inclusive growth models.

The concept of a "sharing economy" is becoming more mainstream with social entrepreneurship, socially responsible investment, and social impact investment generating increasing interest among economic actors. Evidence shows that such businesses are not less profitable or efficient than others; on the contrary, the very fact that they place long-term social and environmental issues at the core of their strategies makes them more sustainable.

In 2015 we will also celebrate the 20th anniversary of the Beijing Declaration, and the Forum will reflect on actions aimed at reducing the gender gap and enhancing the role of women in economies and societies at large, including the OECD-G20 commitment to reduce the gap between the participation levels of men and women in the labour market by 25% by 2025.