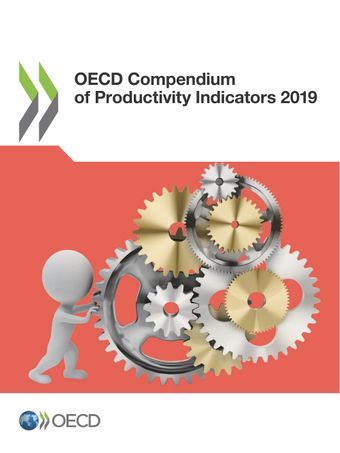 This report presents a comprehensive overview of recent and longer-term trends in productivity levels and growth in OECD countries, accession countries, key partners and some G20 countries. An introductory chapter features an analysis of latest developments in productivity, employment and wages.

Economic growth is picking up, but productivity growth remains weak: what is driving the upswing?

Global economic growth remains solid and broad-based, even though the pace has eased in recent periods. But while the upturn is set to persist into 2018, it has been modest, partly reflecting continued relatively weak labour productivity growth in most countries. Among OECD economies, in the United Kingdom and the United States, and more recently in Mexico, Spain and Italy, the recovery in GDP growth has been largely sustained by increasing employment. 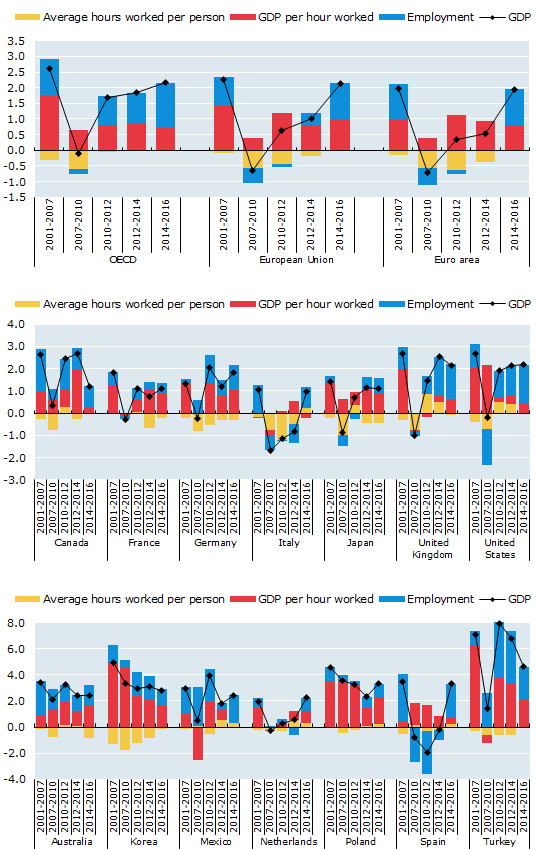 Change in employment over the period 2010-2016, or latest available year
Thousands of persons

The OECD Productivity Statistics database contains more and longer time series than presented in the publication. Data are available from 1970 onwards for some countries. The database is updated on a daily basis.