Environment Ministers from OECD and key partner countries gathered in Paris on 28-29 September 2016 to discuss the environmental challenges facing the world and how to promote effective and efficient policy responses.

Under the guidance of the Chair, Minister Nick Smith (New Zealand) and the Vice-Chairs, Minister Irena Majcen (Slovenia) and Vice-Minister Marcelo Mena Carrasco (Chile), the meeting took place at a propitious time with important global agreements having been reached in 2015 on climate change, the Sustainable Development Goals, and financing for development.

Implementation of these major agreements is now paramount on international, regional and national policy agendas, and the role of the OECD as a platform for supporting strong policy action and sharing experiences is now more important than ever.

The meeting addressed a range of issues in plenary sessions and in a number of breakout groups. The issues of climate change and circular economy were discussed in plenary at the start and end of the meeting, with breakout sessions on air pollution from transport, mainstreaming biodiversity across sectors, effective management of marine protected areas, nitrogen, financing investment in water security, and urban water pollution. 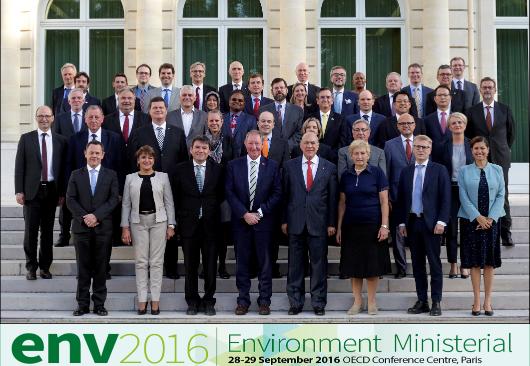