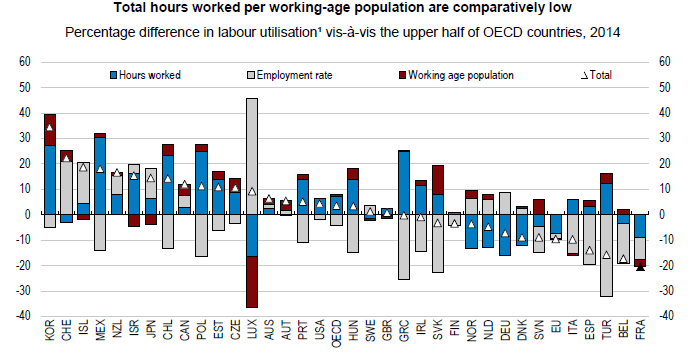 France enjoys levels of productivity that are among the highest in the OECD, but the unemployment rate remains considerably above the pre-crisis level, which along with a low labour force participation rate contributes to low employment. Reform priorities include removing impediments to job creation, notably through a reduction of regulatory barriers to entry in sectors with strong employment potential and via a shift in the burden of taxation away from labour.