Global Forum on Transparency and Exchange of Information for Tax Purposes: Jersey 2017 (Second Round)

Peer Review Report on the Exchange of Information on Request

In series:Global Forum on Transparency and Exchange of Information for Tax Purposes: Peer Reviewsview more titles 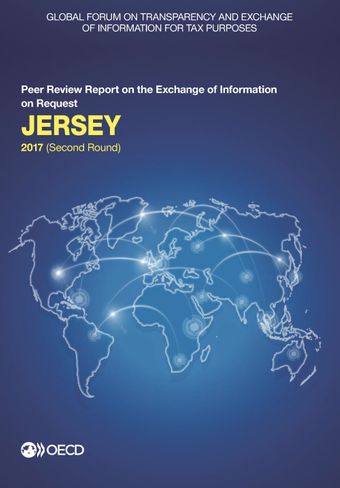 This report contains the 2017 Peer Review Report on the Exchange of Information on Request of Jersey.

SUMMARY OF THE REPORT

The second round peer review reveals the important progress made by Jersey in the implementation of the international standard, leading to the upgrade of its overall rating from Largely Compliant to Compliant with all elements determined to be in place and rated Compliant. Notably, Jersey took the necessary actions to fix deficiencies identified in its 2014 peer review report regarding effective use of information gathering powers, protection of confidentiality and ensuring that requests for clarification do not create unduly delays to the exchange process. Jersey processed 262 requests over its new review period (1 July 2013 – 30 June 2016), which represented almost the double of the requests received during its previous review period (2010-2012), and has been able to respond to almost all of these requests  in a timely manner. The multilateral Convention was extended to Jersey by the United Kingdom in 2014, allowing a large number of jurisdictions requesting information to Jersey. It is believed that EOI activity will continue to increase. Jersey has dedicated appropriated resources to its exchange of information program and is viewed as a cooperative and efficient partner by its peers.